One of the best aspects of racing is getting to see your friends. And one of the very best events to do this at is the Indoor Marathon Relay. 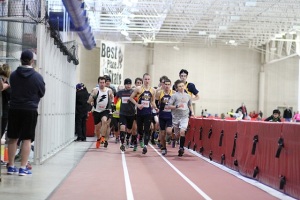 This high-energy race is a favorite among Milwaukee runners for good reason. It’s a well-organized event that allows runners to work together in teams of 2-4 to complete the marathon distance however they choose. It also doesn’t hurt that the event takes place on the Pettit National Ice Center’s indoor track – after all, who doesn’t love not worrying about the weather for once, plus you can wear shorts in January! 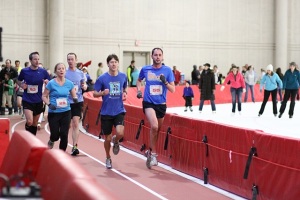 Fast times from the winning teams

The event once again sold out well before race day. As always, there were fast finishing times for the teams that won overall prizes for each of the three divisions: all male, all female and mixed.

Running around the track allows for plenty of friend sightings during the race. Here are a few MKE runners we spotted on Saturday:

For those of you who didn’t get in on the action this year, we highly recommend adding this race to your schedule in 2015. And be sure to register early – this one’s sure to sell out early again!

Tell us: Did you race any of the Indoor Marathon events over the weekend?